A CRASH COURSE TO TURKISH CUISINE

Turkish cuisine is one of the oldest cuisines of the world. It carries rich and diverse gastronomic values that have been affected by the country’s ancient history as well as its geographical location. The history of the Turks covers a time line of more than 4000 years. The Turks first lived in Altai Region in Central Asia around 2000 BC as Nomadic tribes and then some of the tribes left Central Asia and move to westward and established many states and empires independent from each other. After continuous migrations, the Turks started to settle in Anatolia in the 11th century. They have encountered with rich soil in Anatolia and improved their agriculture and animal husbandry skills. 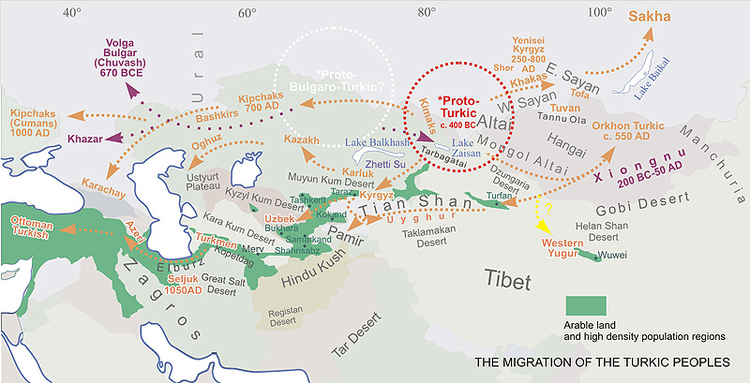 Turkey's geographical position between the East and the West helped the Turks to gain complete control of major trade routes, and ideal climate conditions in Anatolia allowed plants and animals to thrive. These advantages helped the Turks to protect and develop their cuisine for centuries. One of the most important stages of development for Turkish cuisine was during the 600 years of Ottoman Empire reign. There were hundreds of cooks specialized in different types of dishes in the Palace. Both in the Palace and in the mansions, the cooks were performing their best to create the most delicious tastes in a contest-like atmosphere to please the Sultans; this is one of the important factors playing a key role in Turkish cuisine development. Also the transfer of the best quality foodstuffs from all over the Empire borders to Istanbul, and the prevention of selling poor quality goods; helped to keep the cuisine's quality and continuous improvements at top level. After the fall of the Ottoman Empire in 1918, the Republic was proclaimed on October 29th, 1923, and Mustafa Kemal Ataturk ("The Father of the Turks") was then elected as the first President of the Republic of Turkey. Mustafa Kemal Ataturk introduced a wide range of reforms in the social, political, economic, and cultural fields in his 15 years of Presidency. During Ataturk's presidency period the Turkish cuisine started to be examined in two parts, as Classical Turkish Cuisine and Turkish Folk Cuisine. Classical Turkish cuisine is a very rich culinary culture which has been created and improved by the Ottoman Empire. On the other hand, Turkish Folk Cuisine is the composition of a mixed culinary culture which has been created by the various ethnic cultures that are living in Turkey since centuries. In generally speaking, Turkish cuisine is the combination of both Classical Turkish Cuisine and Turkish Folk Cuisine and it has been divided into six main categories which are meats, fish & seafood, mezes, pastry, desserts, and beverages. Today, Turkish Cuisine covers more than 20.000 delicious foods at its spectrum and accepted as one of the most finest and delicious cuisine of the world.

Turkish Foodie is a participant in the Amazon Services LLC Associates Program, an affiliate advertising program designed to provide a means for sites to earn advertising fees by advertising and linking to Amazon. Read our Terms & Conditions.